Few things send a chill down the spine of a homeowner quite so quickly as a crack spotted one or more of the walls of their home. The appearance of these cracks can be one of the first signs of serious foundation degradation, and damaged, aged foundations that have started to crack and crumble can be expensive and time-consuming to repair. Cracks appearing in the freshly constructed walls of a newly built home can be even more worrisome -- however, in many cases, these cracks are far more benign than they appear.

What is foundation settling, and how can it cause my new walls to crack?

Even the most sun-baked, densely packed soil is not perfectly solid, and when the weight and bulk of a new house and foundation are placed on the soil, some amount of shifting is to be expected as the soil is compacted by the new weight. This phenomenon is known as 'settling', and while it is far from a universal occurrence some amount of settling is generally expected when a new home is built.

The amount of settling that occurs and the duration of the settling process are both highly dependant on the type of soils your home is built on. Dense, heavy soils may prevent any noticeable settling, or limit the consequences of settling to one or two minor cracks that appear within the first few weeks after the home is finished. By contrast, building on looser, absorbent soils can make settling a much more drawn out affair, and may cause more significant damage to your walls and interior structures.

The most commonly recognised sign of settling is small, superficial cracks appearing in your walls, which are caused by the centre of gravity of your home sifting as the soil beneath your foundation settles. These cracks are very rarely structurally significant and can be filled and repaired relatively easily.

How can I tell the difference between minor settling and more severe foundation problems?

One or two small, shallow cracks appearing on your interior walls are generally nothing to worry about, especially if they appear on the walls of upper floors, which are placed under greater strain by foundation movement. However, the following problems indicate more significant problems with your newly built foundations, which should be inspected and repaired by foundation repair specialists as soon as possible: 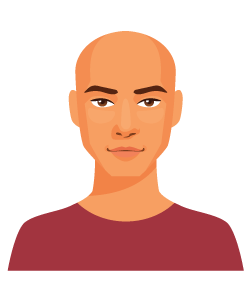 Hello! My name is Harold and this is my latest blog. I started blogging a couple of years ago when my grandson taught me how to use a computer. Last year, I started to think about a new subject for a new blog. Because we had just had a lot of work carried out in our home, my wife suggested I write about that. We recently had our roof replaced and a new plumbing system installed. I am also planning to build an extension. I have learnt lots of interesting and useful things from the various contractors and I will share what I have learnt here.

Before you start your construction project, put so …

Read More
Are you looking for somewhere to build?
27 January 2022

Are you thinking about building your own home but …

Read More
Have you given your pallets much thought?
26 August 2021

How do you move goods from one location to another …